The UK is home to some of the most exciting and anticipated film festivals each year. With festivals covering LGBTQ+ cinema to showcases of student films and short films, the dates criteria are starting to get released for the UK Film Festivals scheduled for 2023.

Festivals in the lineup include Glasgow’s Film Festival, London’s BFI Future Film Fest, the Norwich Film Festival, and the Edinburgh International Film Festival, among others. These events are exciting opportunities to get a first glimpse at the work of burgeoning cinematographers, directors, and screenwriters.

Keep reading as we discuss the locations, dates, and possible themes of 11 UK film festivals on the slate for 2023. When possible, we’ll share details about important entry factors. Without further ado, let’s get into the list! Make sure to check back as we’ll update the list where possible!

The Pennine Film Festival has been one of North West England’s leading independent film festivals since 2006.

Another short film festival, the LSFF has been around since 2003 for independent and internationally-regarded films. Participants often create BAFTA-eligible short films, and the festival is supported by various UK media and film outlets.

Flare is the UK’s biggest UK and international festival event that showcases LGBTQIA+ cinema. It’s put on by the British Film Institute and is funded by the UK Government.

The BFI London Film Festival is another one funded by the UK gov’t with hundreds of films showcased in animated, short film, and other categories. It’s both a UK and International Film Festival.

In addition to the London Film Festival, BFI puts on an annual Future Film Festival, which has been around for 13 years. It’s dedicated to short films made by emerging, young filmmakers.

Norwich Film Fest is another short film festival accepting local, national, and international submissions. The festival has qualifying accreditation with both BAFTA and BIFA.

One of London’s biggest documentary festivals, this festival for nonfiction filmmakers is an experimental showcase that has been around for 13 years.

Scotland’s capital city is home to an international film festival that was inaugurated in 1947. The festival helped to establish such notable filmmakers as Ingmar Bergman and Danny Boyle.

The Sheffield DocFest is approaching its 30th edition in 2023. The festival showcases documentary works from all around the world by independent, established, and emerging filmmakers alike.

Last but not least, we had to mention the Glasgow Film Festival - one of Scotland’s leading film showcases that has featured films like Crazy Heart and Lipstick Under My Burkha.

We hope our guide to the UK Film Festivals 2023 line up has given you some ideas of where to find the best new cinema, including documentaries, shorts, animations, and more.

From the Glasgow Film Festival to the BFI festivals, Norwich Film Festival, Pennine Film Festival, and more, there are plenty of venues to catch the work of emerging filmmakers and established artists alike.

Make sure to stay tuned for more information regarding event dates and venues. 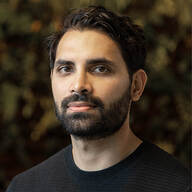