How Filmmakers Finance Films in 2022

Since the dawn of the internet, filmmakers have turned to crowdfunding platforms like Kickstarter, Indiegogo, GoFundMe, among others to raise money for their projects. These pursuits have brought us cult classics like ‘Veronica Mars’, a project that raised over $2 million in less than 11 hours, spine-chilling horrors like ‘The Babadook’, and helped secure initial funding for ‘Anomalisa’, Charlie Kaufman’s critically acclaimed stop-motion feature.

As it is with the world, times are changing the entertainment industry as well. The advent of streaming and the birth of new technologies is coercing creators to think outside the box for their creative endeavors. The emerging blockchain technology and its shiny, new offerings are paving new paths and opening bigger doors for everyone interacting with it.

Although COVID-19 brought the world to a halt, NFTs only catapulted their growth into the worlds of art, technology, and finance — NFT transactions in 2020 hit just over $250 million, almost four times the $62.9 million that was traded in 2019. The total market cap of these tokens hit $338 million in 2020.

2021 saw an ever bigger rise, bringing in over $17 billion in sales. The value of the technology has only skyrocketed since its inception in 2014.

The craze may have died down in 2022, bringing some semblance and stability into the market, but the fact remains that NFTs are a force to be reckoned with. Reddit, the massive social media website, amassed over 3 million users for their ‘Digital Collectibles’ initiative — Profile Picture NFTs that the users can claim through their platform.

Creators are also joining this growing community of NFT holders, utilizing the blockchain to fund and distribute their projects, enabling and expanding the rapidly evolving ecosystem. As the ecosystem evolves, filmmakers have also been seen toying with the idea to fund and distribute their project and connect with a new audience demographic of netizens.

One such creator is photographer and filmmaker Julie Pacino. Well-versed with the web3 environment and touted as a pioneer in the NFT Film Industry, Julie decided to fund her upcoming feature ‘I Live Here Now’ all via NFTs. She launched a precursor collection, ‘Keepers of the Inn’, a collection of over 3,000 photographs taken during the rehearsals of the film, to help secure funding for the feature.

This collection brought in over 212 ETH (currently valued over $300,000) and gave birth to a partnership between distribution company Utopia and Pacino.

Another shining example a filmmaker funding their film through NFTs is Spanish-born filmmaker, Miguel Faus. His short film, Calladita, is now being turned into a full-length feature film all thanks to a widely successful NFT drop, that raised over $650,000 in a span of a few months.

The collection included stills from his short film and holders that bought these collectibles were granted rewards in the form memorabilia, exclusive access, and credits!

Independent filmmakers aren’t the only ones taking note of this new technology, A-list celebrities like Reese Witherspoon, Anthony Hopkins, and Kevin Smith have also jumped on the wagon, launching their own NFT initiatives for their film projects.

The switch to NFT Film Funding is not only gaining traction in the States, but also in Europe. PLUSH, a French movie slated to release in 2023, is involving its community of backers in a whole new way: the creators are granting holders the right to receive a share of the film’s profits, in addition to the co-producer credit and exclusive access to special screenings among others.

NFTs allow a unique channel for a creator to interact and involve their fans. These aren’t just regular one-way transactions, but a whole new way of supporting a project and being rewarded for it. Compared to conventional film funding, where a small group of companies or investors would reap all the benefits of the project, NFTs are giving everyone a chance to take part in something bigger than themselves (and be handsomely rewarded for it).

Crowdfunding in a well-known phenomenon, crypto companies have offered ICOs (initial coin offerings) as a way to raise funds for their economic pursuits. Recently, this has shifted to funding through NFTs.

Conventional coin offerings still exist, but the growing NFT ecosystem is giving creators, studios, and entertainment companies an impetus to launch their own NFT collections to sustain their creative pursuits. The world is slowly, but surely, moving towards web3, a new decentralized form of the internet, and it only behooves the players to employ the technologies and features that come with it.

But is the transition only because it’s the new, shiny thing? Why should independent filmmakers leave the likes of Kickstarter and GoFundMe and adopt this new technology?

Firstly, NFTs can bring in a ton of money in a very small amount of time. Collections selling out in minutes and grossing millions in secondary transactions are outcomes that aren’t as farfetched as they would seem to be. Of course, the work has to be put in beforehand to ensure such a thing happens, but it does happen nonetheless. Put the work in and a creator increases their likelihood of achieving the same.

More than money, NFTs empower filmmakers to have complete creative control and authority over their projects. The content is owned and operated by the creators and the backers the way they seem fit. A polarization from the previous norm of a giant studio holding the creative rights of an artistic entity.

Having this control allows the creator to share the power with their backers, granting them ownership over the project and involving them in any step along the way. Contributors become a functioning cog in the machine, turning them from a dormant spectator to an active benefactor.

The possibilities that come with NFTs are endless, only bound by imagination and experience. But the more we interact and experiment with this technology, the more we will learn. What was once just a digital signature on the blockchain, is now the vehicle of transformation for the whole world — art, technology, finance, law — wheels moving towards a different future. 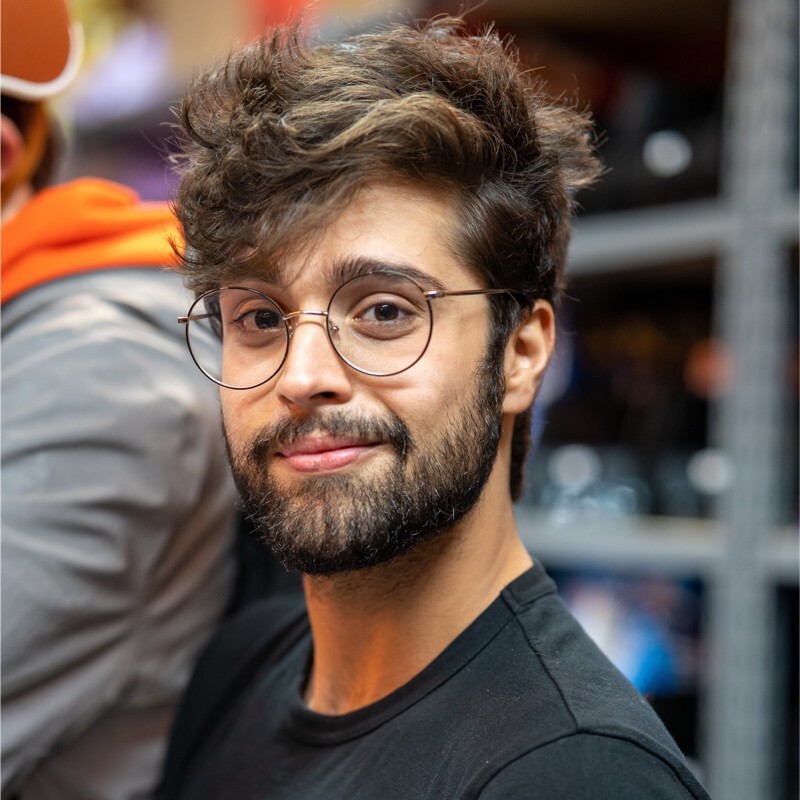