Why Web3 is a revolution in filmmaking happening now

The film industry is the sector widely open to tech innovations, and there’s another one on the horizon that might be a game changer for many creators. Let’s explore the possibilities for reimagined filmmaking, funding, and streaming that it has to offer.

Even if you’re very familiar with the world of tech innovations, you’ve definitely heard of such terms as blockchain, cryptocurrency, and NFTs. If so, there’s another emerging technology that goes hand-in-hand with all of them — Web3.

The so-called next phase of the internet, Web3 has emerged as the idea to enable web users greater control over their data and put an end to the data abuse by corporations like Twitter, Facebook, Youtube, Netflix, and others.

If someone could ever benefit from such innovation, creators are the first in line. In fact, when talking about the creators, these changes might be big enough to be called revolutionary — and many of them are already taking place at this very moment.

I’d like to provide a bigger insight into the concept of Web3 and its real-life realization taking the case of the world's first and only streaming service with NFTs, Paus,

A gateway to more efficient and secure film distribution

Why is Web3 technology considered revolutionary among content makers? The answer is simple: it is a unique combination of data security, independence, and community-based principles.

Web3 is a concept of a blockchain-based web that comes as a substitute for centralized and media giants controlled web systems. Thanks to the decentralized nature of Web3, its web programs — dapps (decentralized applications)  — run on a network of computers instead of a single server. With the data distributed throughout the network and no central authorities controlling content distribution, Web3 enables creators to connect with their potential audience directly.

The cornerstone of Web3 platforms is DAOs (decentralized autonomous organizations). They are digital-native organizations with no central authority — meaning, fully autonomous, collectively owned and managed by their members.

Such an approach opens a great window of opportunities for filmmakers. It simplifies the film distribution process, shortens the transition from movie post-production to distribution, and cuts down the bureaucratic formalities associated with film distributors, let alone building a better bond with its audience and community of creators.

Moreover, since the data on the Web3 platforms is stored on distributed nodes, the creators have nothing to worry about when it comes to account suspension or content removal due to the server disruptions.

Let us not forget another level of transparency that can be achieved with Web3. Thanks to it, intellectual property rights holders are able to gain increased visibility into tracking, management, and payment processing of the film production and distribution. This eliminates even the slightest possibility of any shady business behind the scenes of film making (which is currently not an uncommon thing). Sounds just great, doesn’t it?

A paradise for independent creators

Let’s take a look at the traditional streaming model. In Hollywood or elsewhere in the filmmaking environments, there are always those having the power over the creators. Filmmakers look up to their licensors’ approval and are often strangled with restricting agreements. Creators are locked in the studio systems with little opportunity to think out of the box — simply because of high risks of not having the piece approved. For those who are new in the field, the situation is even worse. Having no or little proven track record makes it extremely challenging to get licensing for the future film.

Ever thought about the time when you’ve seen a truly original one-of-the-kind movie on the big screen? It happens not because of the lack of talent, but due to the financial and legacy shackles imposed on the creators. It’s no secret film studios and licensors go for easy money — they tend to sponsor large-scale movies with big stars that are targeted for common wide audience. However, taking aside big budgets and aggressive marketing efforts, many of these movies have barely no artistic value while the real creative masterpieces are being left behind.

The good news is, Web3 is changing that. With the growing popularity in the Web3 technology, the concept of of digital ownership is being taken to the whole new level, opening up alternative revenue streams for filmmakers. Let’s explore how exactly it is doing it based on the real-life case of the world's first and only streaming service with NFTs, Paus.

Serving as a Web-3 based marketplace for independent creators, Paus provides movie lovers the opportunity to fund movies and own a piece of the film that caught their interest. Thus it paves the way for autonomous filmmakers to easier connect with their audience, get the essential funding, or simply promote their work across new channels.

Community members can watch hundreds of films for free and reward the ones they like by hitting the tip button and tipping an amount they choose themselves. This way, they become the partial owners of the piece.  The entire process is simple and transparent — users can connect their Web3 wallet and fund the movie with one simple click. The platform currently supports MetaMask, WalletConnect, and Coinbase Wallet, with more options coming up in the future.

The platform already features hundreds of award-winning films, and that’s only the beginning. As a community-based platform, Paus collaborates with thousands of creators. Comedies with David Tennant, family fun with Sir Ian McKellan or hard-hitting drama with gripping documentaries from Sir Richard Branson, and hilarious yet dark shorts from the likes of Kate Heron, Sadie Frost, and many more recognized movie works  — all of them and many others are available at watchers’ disposal.

Paus works with third party NFT marketplaces such as Rarible and OpenSea and integrate these within the Paus service, so you can stream and buy NFTs seamlessly in one place.The platform offers two ownership options to choose from: acquiring digital collectibles or claiming film’s ownership with copy rights.

Along with the NFTs as alternative ways of funding and capitalisation for filmmakers comes a grand possibility for breathing new life into the community of fans and taking it to a whole new level of engagement. How does it sound to be the co-owner of your favorite movie? Or the one that reminds you of some good memories with the family, friends, or the special other? How does it sound granting the movie ownership to someone as a unique gift? Seems quite futuristic, but it’s already happening now.

There’s more: Web3 opens space for new film genres. By giving more freedom to creators, it allows them to experiment more and even reinvent the ways movies are perceived.

A vivid example of it would be the first AI written film that was created and minted by Paus as NFT. The short film, Scraps of Mechanical Souls, was written by the Italian cinematographer Mateusz Miroslaw Lis using OpenAI's GPT-2 technology. And this is only the beginning.

Judging from the pace the technology is adopted and the dynamic environment of its digital community, I can say Web3 will definitely be gaining momentum in the future. Quoting Morten Rongaard, the co-founder and CEO of Realityplus, “If you were not planning your Web3 strategy yesterday, then you will be obsolete in three years’ time.” And, considering the a wide range of benefits it can bring to film creators, I believe the filmmaking sector can relate to it more than any else. 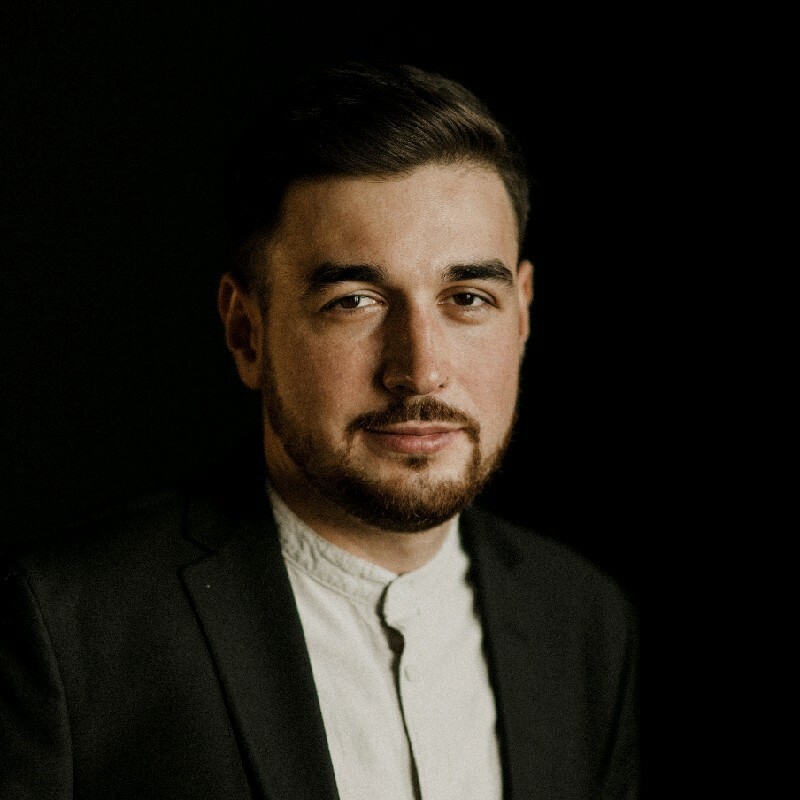